I was introduced to Adam Grant’s book, Give and Take, last summer by our National Sales Manager, and I read it quite quickly on my back deck one summer weekend. Grant’s a renowned professor at Wharton and his book challenges the concern many business people have that if they’re known as a giver, they won’t succeed.

Grant introduces us early on, to giver, Adam Rifkin, who began focusing on the 5 minute favour in the late 90’s in the Silicon Valley. Rifkin’s definition of this concept is, “ ‘you should be willing to do something that will take you five minutes or less for anybody.’ Instead of trading value, Rifkin aims to add value.” p. 55

“ ‘When you meet people,’ says former Apple evangelist and Silicon Valley legend Guy Kawasaki, regardless of who they are, ‘you should be asking yourself, how can I help this other person’”. p 45

I love this concept. Too often we feel we need to make a grandiose gesture or a large monetary donation to make a difference, to be a “good giver”; however sometimes it’s those little things that can have the greatest impact, or start a mutually beneficial relationship. And we can all spare 5 minutes in our day, I know we can. It just needs to become habit, an intentional focus. 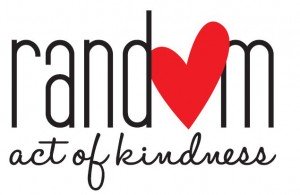 One of Rifkins’s maxims is, “I believe in the strength of weak ties, people we know casually…strong ties provide bonds, but weak ties serve as bridges; they provide more efficient access to new information. Our strong ties tend to travel in the same social circles and know about the same opportunities we do.” p 47

Grant reminds us that giving inspires reciprocity, and by doing a 5 minute favour for someone who is a weak tie, merely an acquaintance, it often leads to a future favour back to us, and that's good business.

So, what are some examples of the 5 minute favour? How about any of these: