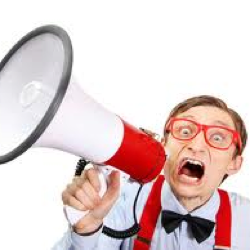 One day I was sitting in my office, waiting for my assistant manager to come in for a meeting with me steaming. I was upset because he was 10 minutes late to a half hour meeting, and this was not the first time. When he finally arrived, I had to have yet another talk with him about arriving on time and what it meant when he arrived late.

The very next day, I found myself calling my receptionist telling her that I would, yet again, be just a little late on my way back from lunch. Isn’t it funny how it’s ok when I was late, but not ok when my assistant manager was? Why was he consistently late? I think a large part had to do with what he was seeing in me.

It is so easy to get upset with others when they don’t meet the expectations that we expect of them. But how often do we look at ourselves and understand that often their biggest problems are our own? The greatest leaders are those who think before they say. Because they know that if they do something different than what they say they will, people begin to doubt them.

The next time you are upset with someone for doing something, think about whether or not you have done something similar and remember that they look up to you. So instead of being so upset with them that all you do is yell, live your life they way you wish they would live theirs and you will be amazed at how much better they start to become.

Kristin began her career with Vector as a sales representative in 2007 in Wisconsin. She ran a District offices before being promoted to her current role as Central Region Campus Recruiting Manager.

Does Public Speaking Scare You? Get some practice in before fall.