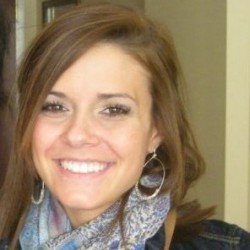 Wilmington, DE – Megan Moon, of Longwood, Florida has received an All-American Scholarship for her outstanding sales achievement with Vector Marketing, the company that sells CUTCO® Cutlery. With more than 40,000 sales representatives, Moon placed #38 nationwide for the most recent campaign. She began selling CUTCO® with Vector in April 2012, and this is her first time winning an All-American Scholarship.

Moon is a sophomore studying psychology at Valencia College in Orlando, Florida. She has overcome many medical obstacles and credits working with Vector at helping her regain her self-worth and “feeling like a normal” person again.

“When I first heard about the scholarship program, I thought it would be impossible for me to be in the Top 50 sellers nationwide, but working with Vector has taught me that nothing is impossible. I learned to set goals, work hard and achieve great things,” says Moon.