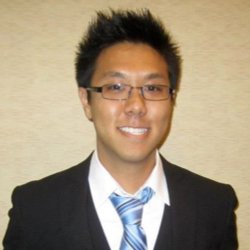 Wilmington, DE – Gavin Morinaga, of Honolulu, Hawaii has received an All-American Scholarship for his outstanding sales achievement with Vector Marketing, the company that sells CUTCO® Cutlery. With more than 40,000 sales representatives, Morinaga placed #41 nationwide for the most recent campaign. He began selling CUTCO® in 2011, and this is the first time he has won this award.

Morinaga is planning a 2014 graduation from Hawaii Pacific University with a degree in integrated multimedia with a web design focus. In addition to his sales achievements, Morinaga also works as an assistant manager in Vector’s Honolulu office, and he aspires to be a district manager upon graduation.

“Winning an All-American Scholarship was the driving force behind all my hard work this summer. I enjoy the fact that with this company, the harder I work, the more I gain – in experience and income,” says Morinaga.